Today was their last day...  Oak Class are leaving Manea Primary School.  They are a wonderful class who have worked extremely hard this year.  We are all very proud of them, and they should be very proud of all their achievements. Their leaver's assembly was a great culmination to a year of hard  work. A fabulous team! We wish them every success in the future.

Many of Year 6 joined their float to celebrate 60 years of the Manea Gala. 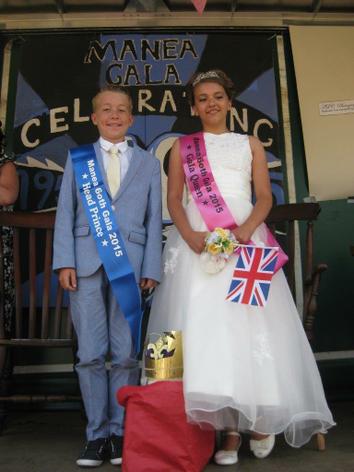 As usual, year 6 were a great credit to the school.

Year 6 have spent time outside looking at the sights and listening to the sounds of summer. We even tried to smell summer!

In class we spent time discussing our findings and then used these to paint our own summer pictures. Once these were completed we annotated our works of art with colourful descriptions of our scenes. 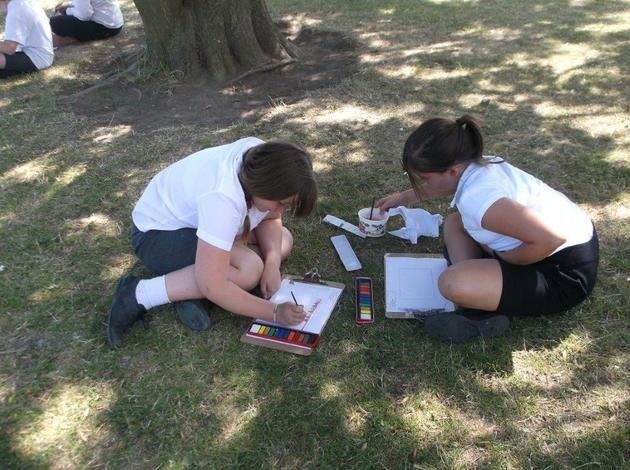 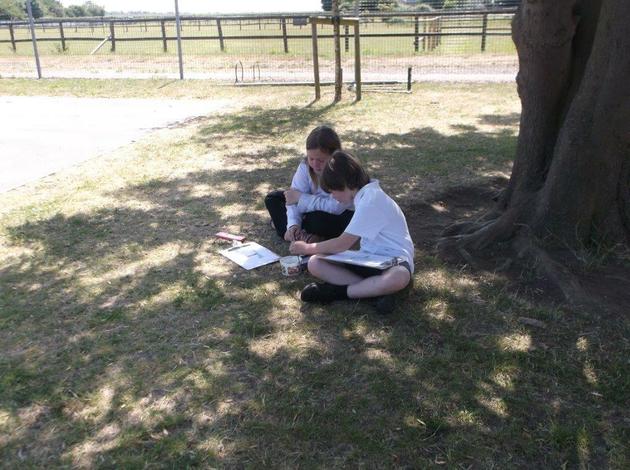 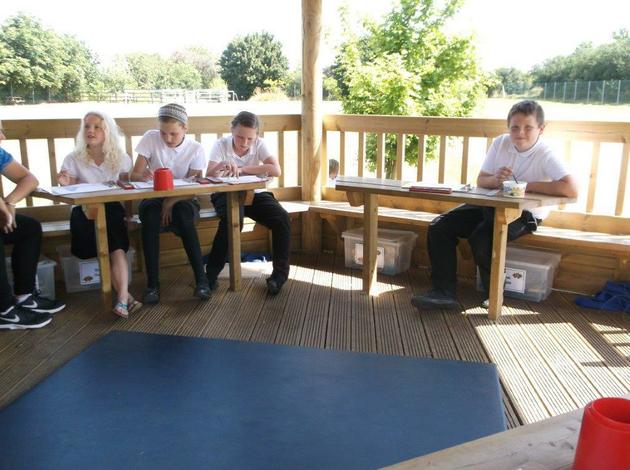 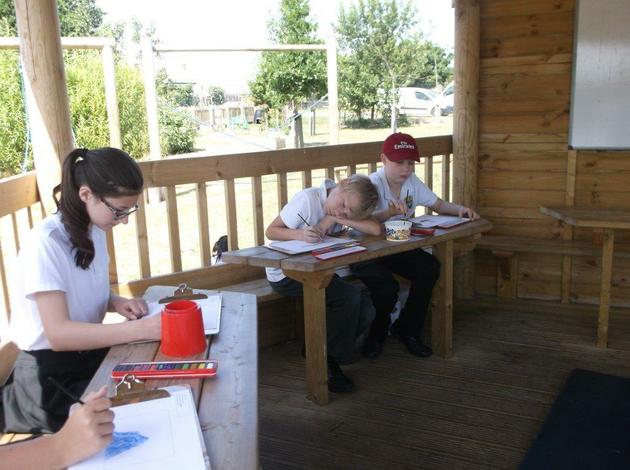 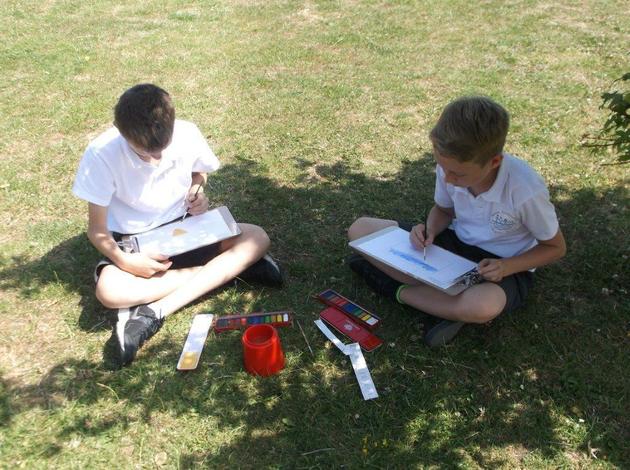 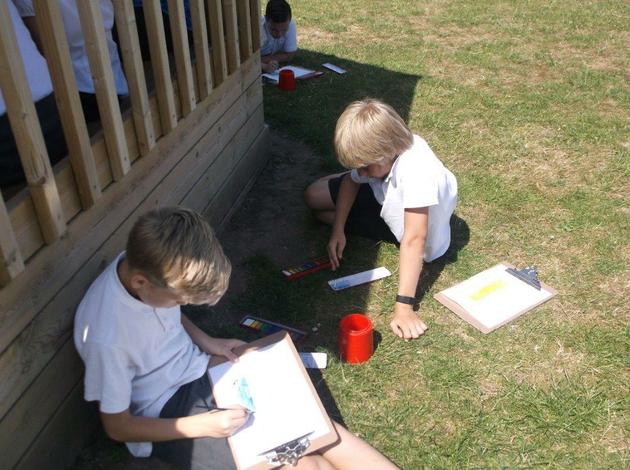 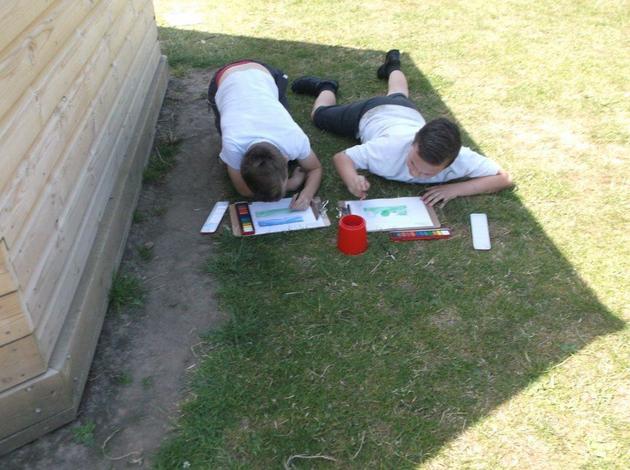 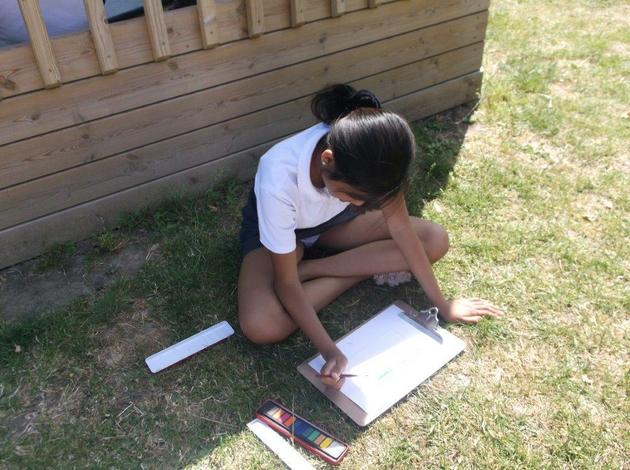 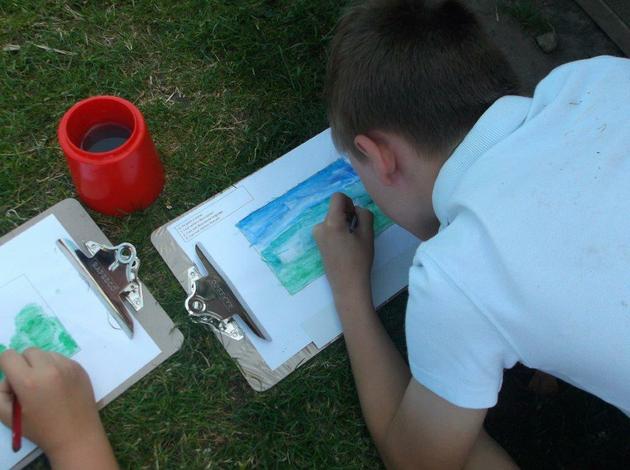 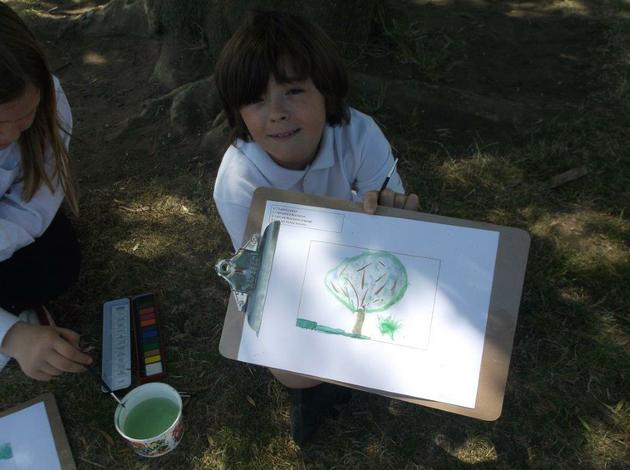 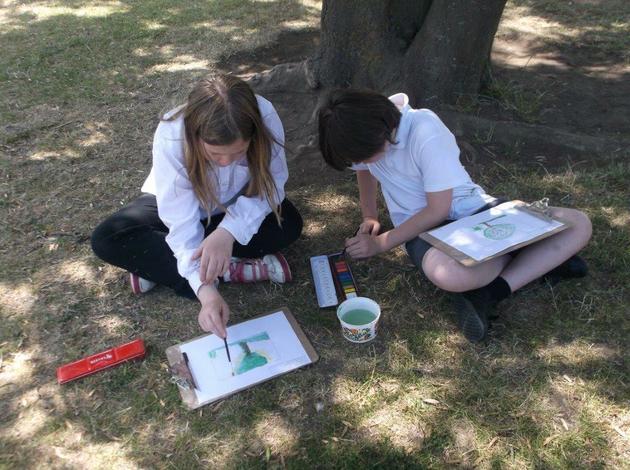 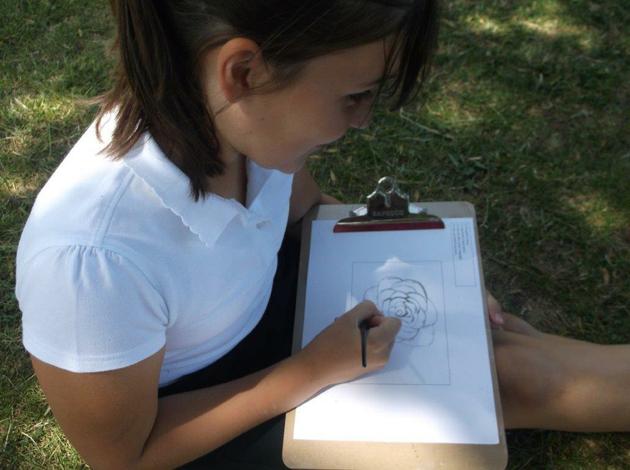 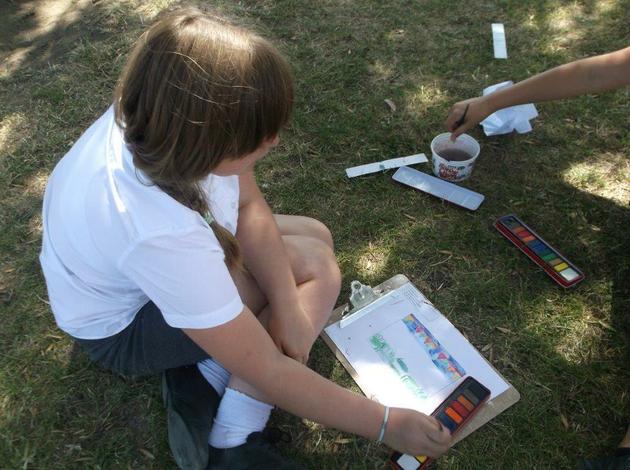 We have also visited Cromwell Community College as part of our transition to secondary school programme.

We had a great day. We visited the Sea Life Centre and enjoyed looking at the different fish. Our favourite moment was watching the seals have their lunch and learning about how they came to be at the centre. We also visited the seal rescue centre where we saw some very poorly seals and saw how they were being treated before being released back into the sea.

Our 'fish and chip' lunch was great and then we spent some time on the beach.

A Great Day Out 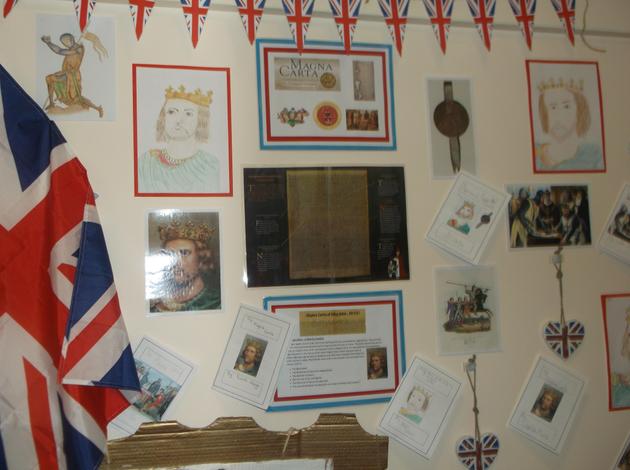 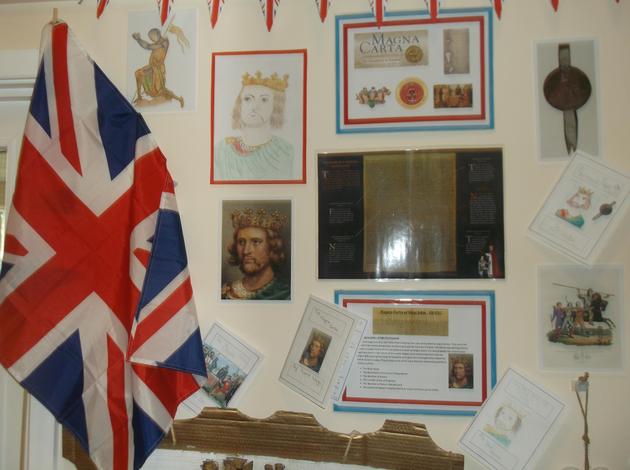 As part of our work on British Values we have researched the Magna Carta and produced our own information leaflets.

We enjoyed reading with our buddy reading partners in Willow Class.

Today we were set challenges involving the relationship between weight and capacity and different sized solids.

"I found making sure the measurements on the scale were accurate as the bowls kept coming off and it made it difficult to read." Ella

How old are the trees?

Today in maths we used our understanding of measures to find the oldest tree in the school grounds.

"It was difficult to get an accurate height of the tree because they aren't straight!" Ella (year 6).

"Whilst working in a group, it was easy to get on and complete the task once we knew our jobs." Tabitha (year 6).

"It helped secure our measuring skills and know what resources to use." Jamie (year 6).

Today an election inspired year six embarked on a measuring maths challenge. Each pupil joined an election party (Blue, Red, Yellow and Green). They elected a spokes person to be their leader and off they went...

The challenge was to throw quoits and beanbags as far as they could. They needed to estimate the distance then measure the actual distance accurately using a variety of resources. The closest estimate and furthest throw would win the race. They secured their estimating skills by repeating the challenge several times.

See our images below to find out our next political party leader... 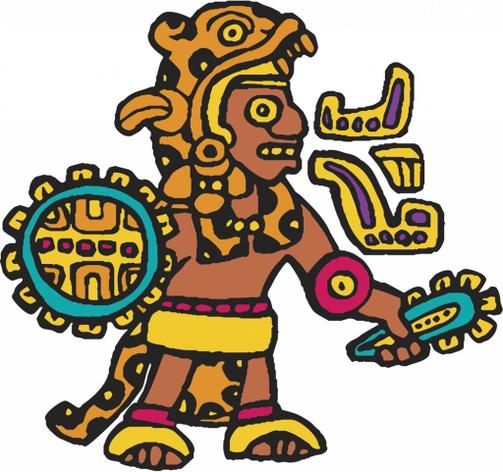 This term we are learning about The Aztecs.

Today we were applying our understanding of volume to capacity by using centimeters cubed.

Jamie stated, "The longer the perimeter the more shapes you can make."

Lily stated, "There are many different ways to make a shape."

Ryan argued, "I understand perimeter more now, and it was fun!" 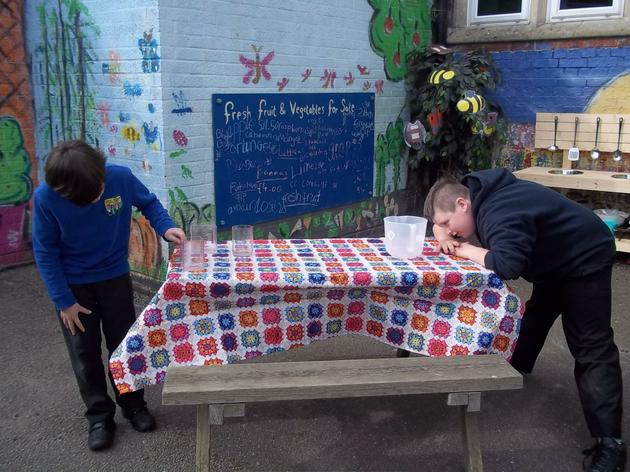 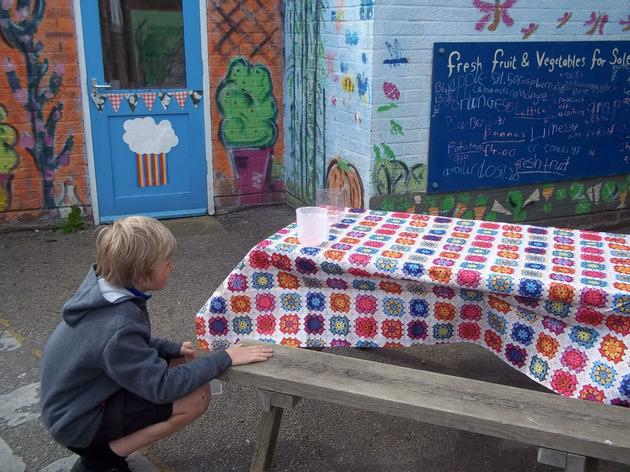 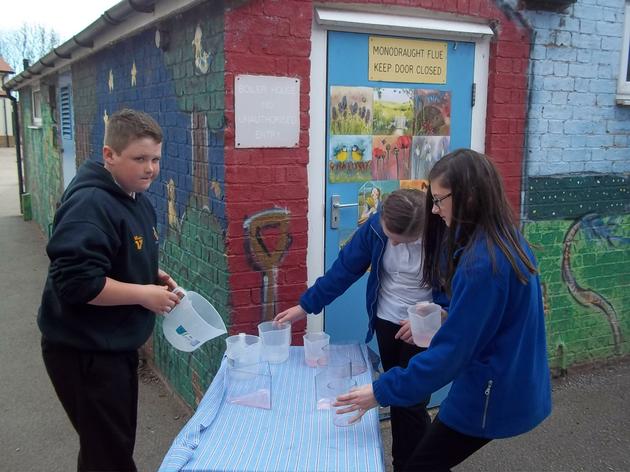 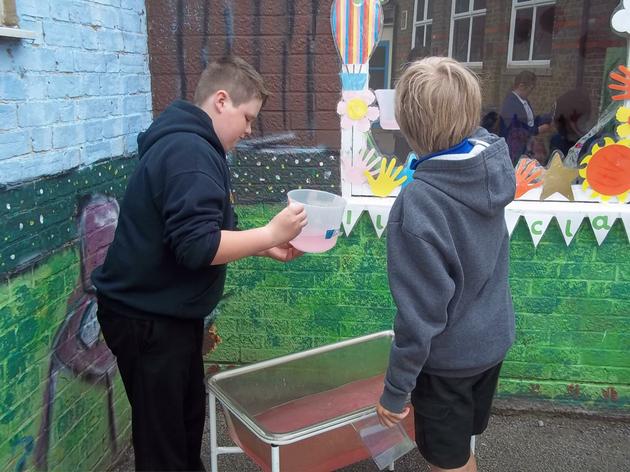 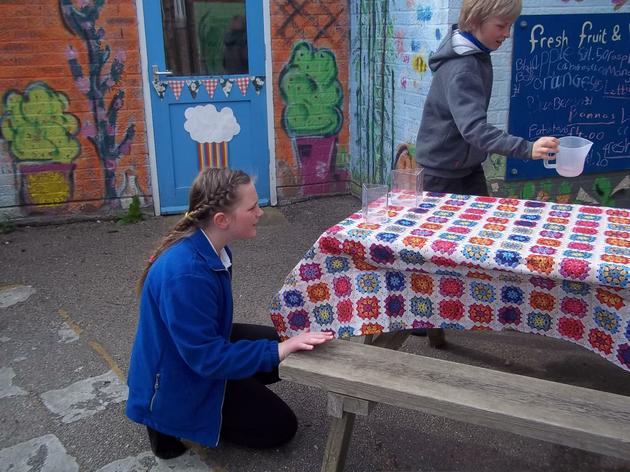 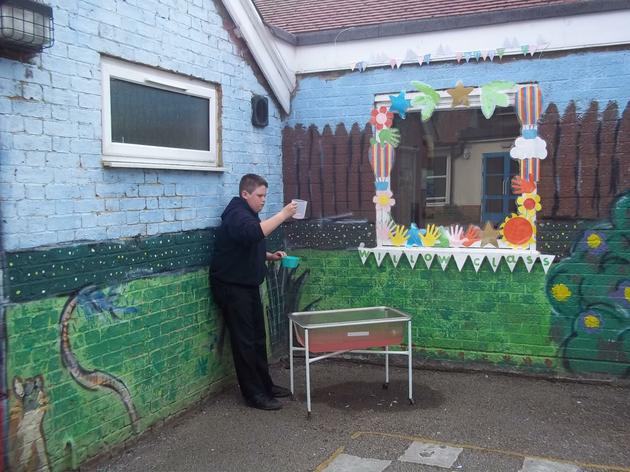 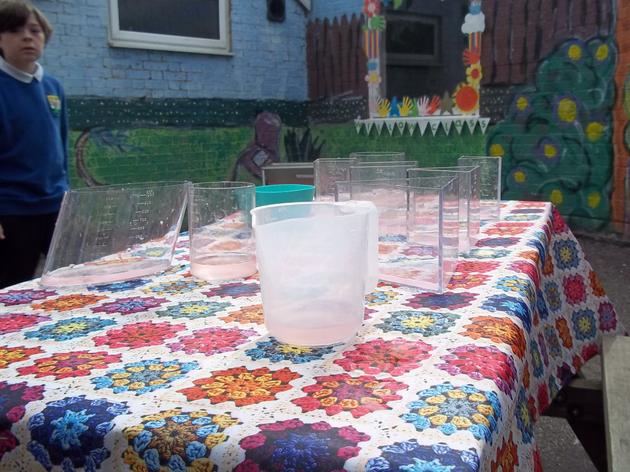 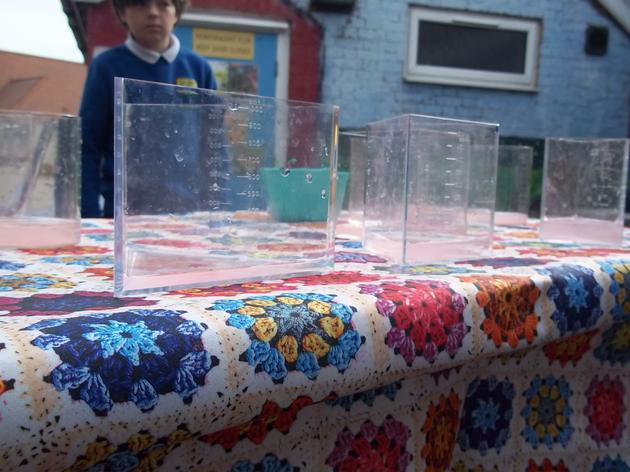